The purpose of developing Ariete, the water pipeline design and water hammer calculation software, is to provide to civil engineers a simple and visual tool that allows them to directly establish what are the hydraulic energy levels to which pipeline systems will be subjected under frequent operational situations, as well as when atypical situations arise, such as in the case of exceedingly high pressures caused by an unexpected power failure in a system’s pumping station.

The main feature of Ariete V1.0: The Direct Visualization of Results

For our Easy Water Hammer Software, we have proposed an interface where, at any time, the longitudinal profile of the pipeline system is shown and on top of which, after performing the transient analysis, several hydraulic grade envelopes (extreme pressure values) will be plotted to visualize the different analyzed situations: 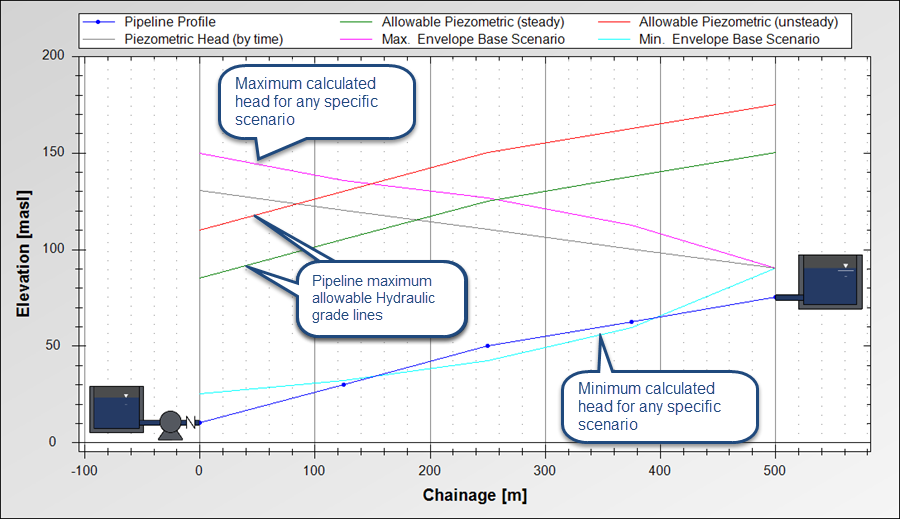 With this, the designer can compare, as in the case of the previous image, the maximum hydraulic head pressures the pipe can resist, according to its material characteristics (the maximum working pressure or the pressure rating of the pipe), against those associated with the water hammer effect in the system: 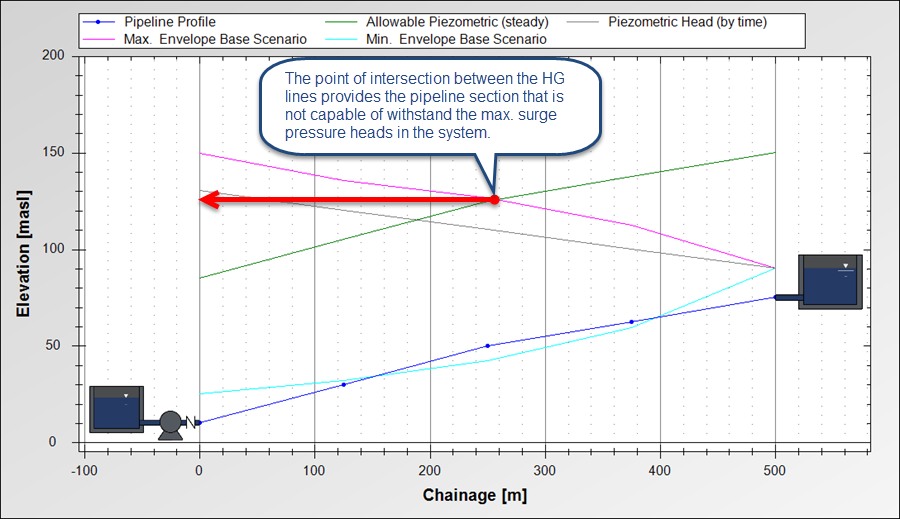 This piezometric heads (or hydraulic grade lines) visualization on the Ariete’s Main Window can be as complex as the user wants, as it is even possible to define analysis scenarios. On each scenario and for the same system, different operating conditions can be evaluated in your water hammer analysis (use or not of transient control devices, for example). This way you can display on the same chart the respective results, thus being able to define which one is the most convenient scenario from the point of view of the surge pressures to which the pipeline is subjected: 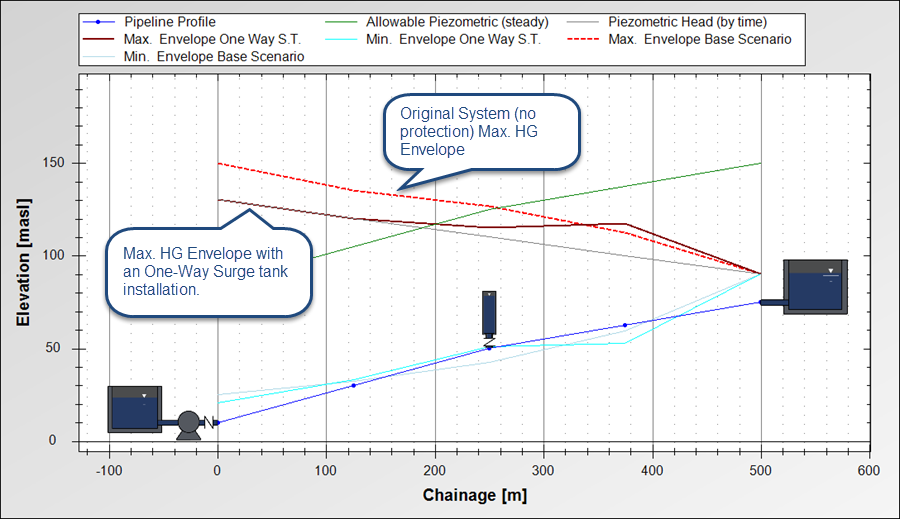 Additionally, considering that water hammer in pipes is one type of “unsteady flow” calculation and, therefore, is performed to determine hydraulic results over a certain period of time, it is possible to generate charts and tables with those results for each or more scenarios and for distinct points (chainages) along the pipeline system, if applicable: 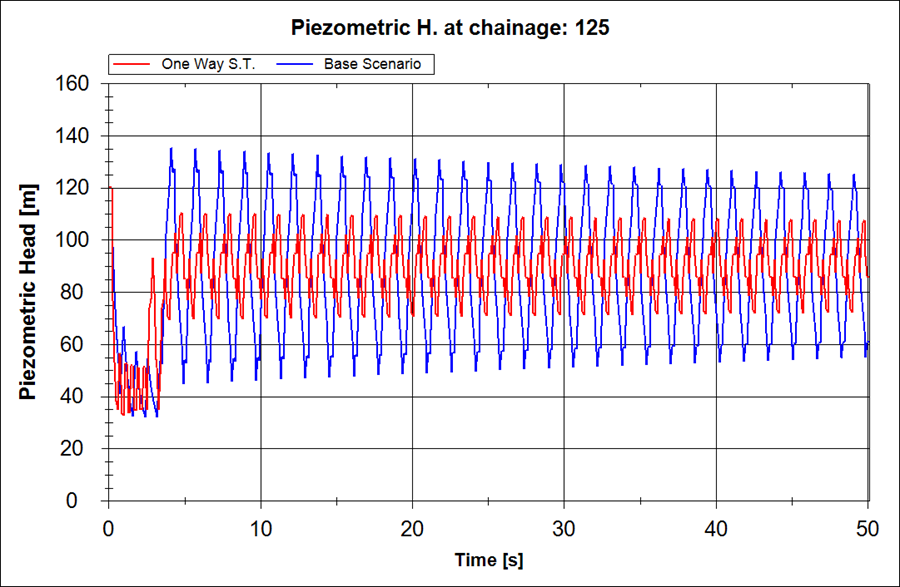 As we see from the results of plotting for Steady as well as Unsteady flow (water hammer), it enables us to perform a lot of analyses in a relatively short time period, thus allowing you to dedicate time to “think” rather than to use valuable time entering data or setting that results presentation.

Another relevant feature of our Water Hammer Software, “Ariete,” is the ability to visualize, as an animation, the evolution of the piezometric head envelopes in the system with respect to the time of the occurrence of any specific situation (pump power failure or inline valves operation, among others):

Through the provided controls in the results panel, the user can: 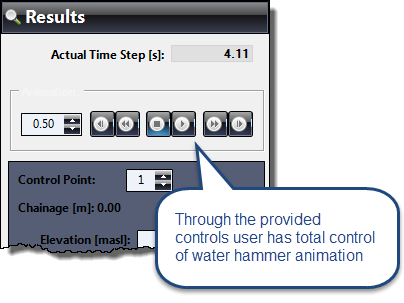 Additionally, it is possible to “split” Ariete’s main window in order to also display the evolution of vapor cavities volume generated due to the separation of column phenomena (cavitation) in the system:

As shown, Water Hammer Analysis and Calculation in Pipelines with Ariete V 1.0 will allow you to study different alternatives for the water conveyance systems protection, thus achieving better designs.

What are you waiting for? Download the demo version now!